Restoring America’s Image in the World

One of the biggest campaign issues last year was America's image overseas. Democrats claimed that the country's reputation was tarnished by the Bush Administration's policies. They promised that an Obama Administration would restore the United States' standing in the eyes of the world through enlightened leadership.

President Obama announced one of these policy changes Sept. 17 when he cancelled anti-missile defenses promised to Poland and the Czech Republic. The timing was particularly ironic, coming as it did on the 60th anniversary of the Soviet invasion of Poland when Communist forces joined hands with their Nazi cousins in destroying the Polish state.

The Poles and Czechs are not happy with this shift in American policy.

According to an Associated Press report by Vanessa Gera on Sept. 18:

Poles and Czechs voiced deep concern Friday at President Barack Obama's decision to scrap a Bush-era missile defense shield planned for their countries.
"Betrayal! The U.S. sold us to Russia and stabbed us in the back," the Polish tabloid Fakt declared on its front page.
Polish President Lech Kaczynski said he was concerned that Obama's new strategy leaves Poland in a dangerous "gray zone" between Western Europe and the old Soviet sphere.
Recent events in the region have rattled nerves throughout central and eastern Europe, a region controlled by Moscow during the Cold War, including the war last summer between Russia and Georgia and ongoing efforts by Russia to regain influence in Ukraine. A Russian cutoff of gas to Ukraine last winter left many Europeans without heat.
The Bush administration's plan would have been "a major step in preventing various disturbing trends in our region of the world," Kaczynski said in a guest editorial in the daily Fakt and also carried on his presidential Web site.

According to the AP report, the Czechs are no happier with Obama's policy reversal than are the Poles:

An editorial in Hospodarske Novine, a respected pro-business Czech newspaper, said: "an ally we rely on has betrayed us, and exchanged us for its own, better relations with Russia, of which we are rightly afraid."
The move has raised fears in the two nations they are being marginalized by Washington even as a resurgent Russia leaves them longing for added American protection ... "No Radar. Russia won," the largest Czech daily, Mlada Fronta Dnes, declared in a front-page headline.

Reportedly, the Russians offered no concessions in return for scrapping the missile shield plans.

This new policy gained nothing for the United States and betrayed the trust of two allies, both of whom have reason to distrust their aggressive neighbor to the east.

Still, there is at least one major foreign leader who appreciates this policy shift by the Obama Administration:

Posted by Desert Rat at 6:45 AM No comments:

First, it was Obama the Joker; now, it's this! 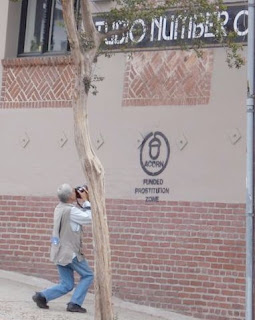 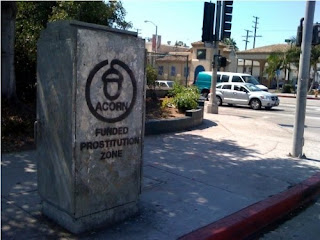 Posted by Desert Rat at 9:32 AM No comments:

Remember how gay activists "Outed" Prop 8 supporters last year by publishing their names, addresses, places of business and financial contributions and then urged gay marriage supporters to "contact" these people to express their displeasure? It was part of the Prop 8 Maps Project, which used Google Maps to pinpoint Prop 8 supporters (ironically, those behind the project kept themselves anonymous).

Well, is seems that gay marriage supporters in Washington State planned to use the same tactics there to, uh, "convince" their opponents not to sign a defense of marriage petition in that state. But this time, a federal judge wants to see where political debate ends and voter intimidation begins.

“This has triggered hundreds of cases of harassment, vandalism and threats of violence directed at marriage supporters throughout the nation. Such personal attacks occurred in large numbers after the adoption of Proposition 8 in California last November ... No one should have to suffer vandalism and death threats just because they support government protection of traditional marriage.”

A U.S. District Judge agreed to issue a temporary restraining order preventing the release of petition signers’ names will remain in effect until the court makes a permanent ruling.

For more on the case, visit the Catholic News Agency.
Posted by Desert Rat at 4:56 PM No comments:

For those who still deny there is a left-wing bias in the mainstream media, I ask that they take a look at today's Los Angeles Times. The following appeared in its corrections section:


Ashcroft ruling: An article on Saturday’s Page A1 about a federal appeals court ruling involving former Atty. Gen. John Ashcroft inaccurately described the breadth of the court’s decision and mischaracterized some elements of the case. The 2-1 ruling by a panel of the U.S. 9th Circuit Court of Appeals on Friday held that Ashcroft could be sued personally for allegedly violating the constitutional rights of a Muslim man, Abdullah Kidd, who was detained after the Sept. 11 attacks. The opening paragraph of the article incorrectly said that the court held that Ashcroft had “violated the rights of U.S. citizens.” The appeals court did not decide that question. Instead, the judges ruled that Ashcroft could be held personally liable if Kidd’s allegations proved true. They sent the case back to a lower court for a trial to determine whether the allegations were accurate.

The allegations involve Kidd’s arrest under a federal law that allows officials to detain witnesses in criminal cases whose testimony is needed and who might otherwise flee before a trial. Kidd alleges that Ashcroft adopted a policy that authorized officials to deliberately misuse the material-witness law to detain people the government lacked probable cause to arrest. The court ruled that such a policy — if it existed — would violate the Constitution.

The article also compared the alleged material-witness arrests to another Bush administration anti-terrorism policy, the seizure of suspects outside the U.S., and in doing so referred to both types of arrests as “secret.” Kidd’s arrest and detention were not secret. The article quoted one portion of the ruling, which sharply criticized those who “confidently assert” that the government has the power to detain people on material-witness warrants, but it incorrectly attributed the quotation to “the panel,” rather than to the two judges in the majority. Moreover, the article described the judges as having aimed their criticism at the Bush administration’s policies. Although that was the clear implication of the judges’ words, they never directly named the targets of their criticism, and the article should have made clear that the criticism of the administration was implied, not stated.

Finally, the article quoted two constitutional scholars as praising the ruling, but failed to note that both of them had previously been on record as criticizing Bush administration policies in the area of civil liberties. The article should have included a broader range of reaction to the decision.

While I give credit to the Times for admitting its error and printing a correction, I hope the editors will take a close look at reporter Carol Williams, who wrote the original piece. She is either incompetent or guilty of intentionally writing a dishonest story. She brought dishonor on the journalism profession and a once-great newspaper.

We Need a Gas Tax

Gas emissions are degrading the environment and generally making life miserable for people. Methane, hydrogen, sulfur, methanethiol, dimethyl sulfide and hydrogen sulfide are just a few of the byproducts released into the atmosphere each and every day by irresponsible people.

There is a growing sentiment that taxes should be used to curtail antisocial behavior, such as smoking or alcohol consumption. That being the case, we should start heavily taxing the causes of gas pollution ... vegetables!

One of the great unspoken truths is that vegetarians in general and vegans in particular are flatulent. Oh, they’ll deny it, just as the little girl with crumbs on her face will solemnly deny that she raided the cookie jar, despite empirical evidence to the contrary. Anyone who has spent any time around vegetarians knows this to be true.

I used to work at a newspaper where about half the staff were vegetarians. Our daily editorial budget meetings resembled the bean-eating scene in “Blazing Saddles.”

In particular, I remember our photo editor. The guy was a talented photographer with a keen eye and a wiz in the darkroom. He was also a strict vegan. I always knew when he entered a room because I could smell him. If my daily meetings with him were uncomfortable, the times I had to be in the tiny, enclosed darkroom with him were nightmares.

So, it’s time to take a stand against the planet-destroying practice of vegetarianism! We must urge our lawmakers to levy a “gas tax” on vegetables such as beans, peas, corn, cucumbers, green peppers, kohlrabi, onions and leeks, radishes, rutabaga and turnips and vegetarian restaurants before it’s too late!
Posted by Desert Rat at 5:10 PM No comments:

I wish I could claim credit for this, but it’s originally from “Acrimony,” a blogger in the Palm Springs, Calif., area. He really hit the nail on the head.


You hate Fox News because its biased, and wish there were a liberal channel just to make it fair.

You know Medicare is losing billions, and you want EVERYONE in America to have it.

You think meat is bad for you, but are convinced of marijuana’s health benefits.

You wear a ribbon to fight disease.

You think marriage is an outdated institution, except for gays.

You believe free enterprise is the cause of poverty.

You love helping the poor with other people’s tax dollars.

You are convinced we need to follow the lead of Canada and Europe to make America great.

You ever said, &$147;That Maxine Waters is pretty bright.”

You want to ban Wal-Mart but want more marijuana dispensaries.

You think ACORN rallies are patriotic, but tea parties are racist.

You still think Obama is doing a great job.

You, too, get a thrill up your leg.

You think Keith Olbermann is a solid journalist.

You are certain anyone with more money than you must have obtained it dishonestly.


You think Barney Frank is kinda cute because he talks like Sylvester the Cat (“Sufferin’ Succotash”).

You are convinced people who die owe their estate to the government, not their families.

You would live in a tree to save it, but you fully support abortion.

You abhor racial stereotypes, but think the NRA is mostly a bunch of ignorant, white rednecks.

You supported the Million Man March, but think town hall protesters are un-American.

You really believe Obama never heard anything controversial in church.

You are very troubled by how we are viewed by the French.

You champion freedom of the arts but want to ban nativity scenes.

You are one of the dozens of people who still watch MSNBC.